St. Elizabeth’s is an intentionally inclusive Episcopal School with a commitment to excellence that inspires learning and transforms lives.

In order to fulfill this mission, St. Elizabeth’s School:

ASSEMBLES a well-balanced student body with a mix of children that reflects the socioeconomic diversity of the Denver community – an intentional, inclusive approach distinctive among independent schools.

NURTURES the whole person – body, mind, and spirit – toward a larger purpose, toward meaning and commitment beyond ourselves, grounded in the inclusive faith and practices of the Episcopal Church, that honors the wisdom of other religious and humanistic traditions.

OFFERS a challenging and broad academic program that encourages a love of learning and prepares its graduates for success in secondary school and beyond.

FIELDS an exemplary faculty and staff, dedicated educators who respect the dignity of each child and serve as healthy role models for our children.

BUILDS a family-like community of strong moral character, where children become compassionate, respectful, accepting, confident individuals who achieve a deeper sense of self in and through each other’s presence.

CHAMPIONS the ideal that our children must be educated to serve their community and provides opportunities to engage in meaningful service.

FOSTERS a caring learning and social environment that is protective and safe. Our Roots as an Episcopal School

Episcopal schools are places where people from all different types of perspectives and traditions show up and engage in the joyful process of learning. This is not only what we are supposed to do, but what we love to do.

St. Elizabeth’s School was founded at St. Andrew’s Episcopal Church in the Curtis Park neighborhood on the edge of downtown Denver. The catalyst for establishing the school was the recognition of a need for a quality, values-based education for all children regardless of their economic status, race, color, religious beliefs or affiliation, sexual orientation or gender identity.

This recognition is rooted in the long-standing commitment of the Episcopal Church to social justice, inspired by its faith in a loving God and by the leadership provided by prophetic and faithful voices such as The Most Rev. Desmond Tutu, Archbishop of South Africa, the Rev. Dr. Pauli Murray, a Black American civil rights activist who became a lawyer, gender equality advocate, and Episcopal priest, and Jonathan Daniels, an Episcopal seminarian and civil rights activist assassinated in 1965 by a white supremacist in Alabama while shielding a teen-aged civil rights demonstrator.

The Episcopal Church’s understanding of its faith leads it to assert that poverty and lack of opportunity are systemic failures in a society striving for justice and equality. These failures lead to the lack of access to a quality education for many people. Our founders sought to address this issue by creating a tuition model in which each family's tuition is determined by their income and according to the principle that a family's financial investment should be commensurate with its financial resources.

This sliding scale tuition model eliminates the categories of "scholarship" or "financial aid" and encourages a community where each family feels it is contributing equally and fairly. Additionally, to ensure socio-economic diversity and balance, the founders committed to a model in which each grade is an even distribution of students from low-, middle-, and upper-income households.

St. Elizabeth’s received critically important guidance in developing this model from the National Association of Episcopal Schools (NAES), and so it was formally established in its mission and identity as an Episcopal school.

As an Episcopal school we are the beneficiaries of a strong intellectual tradition, rooted in faith-filled values, and characterized by questioning and probing further into the ideals and beliefs that ground us. This often means entering into difficult conversations on matters of how we differ from each other, instead of sidestepping them.

These conversations are characterized by the honoring of others, not the shaming or dismissing of some, and offer us opportunities to learn about ourselves as well as each other. These honorable conversations are needed among the adults in the community, not just students. These conversations, underscoring our Episcopal roots and mission of intentional inclusivity, inspire and inform our continuing work of generating inclusivity in curriculum, school policies, the organization and character of community events, hiring policies.

Our tradition strives to be one of graciousness, generosity, and humility—we do not possess all the answers, and we are eager to learn from each other. One of the best vehicles for enhancing that learning is the intentional cultivation of a diverse community that embraces the sharing of diverse faith perspectives that enrich a shared sense of values. A sense of belonging is essential to a climate of learning, and serves as the optimal mode of preparation for our students’ futures.

St. Elizabeth’s is committed to building a diverse, equitable and inclusive educational community and does not discriminate on the basis of age, race, religion, gender, gender identity, sexual orientation, or national or ethnic origin. 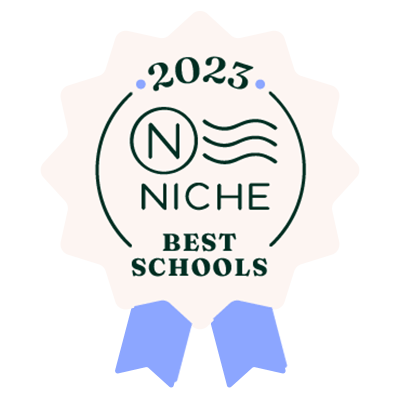